Vivo V17 has arrived in India, and it’s quite different from its Russian counterpart, which was a variant of the Vivo S1 Pro launched in the Philippines. Shortly after the launch of the Vivo V17 Pro in India however, the Chinese company has introduced a new model with a slightly lower positioning, the new Vivo V17. Just like its sibling, this phone is designed primarily for photography enthusiasts and uses its camera hardware and software as its main USPs. Priced officially at Rs. 22,990, Vivo will have to use its brand value and offline reach to compete with online-first value giants such as Xiaomi and Realme.

The Vivo V17 is a somewhat tall phone, with a 6.44-inch 1080×2400-pixel full-HD+ 20:9 Super AMOLED display that takes up pretty much the entire front of the device. The chin is relatively narrow, but most people’s attention will be drawn to the front camera embedded within the screen. This is what’s known as a “hole punch” design, in the top-right corner.

The camera hole is much smaller and less disruptive than what we’ve seen on other phones that have tried the same design. There’s almost no ring of dead space around the camera, and there’s plenty of content visible around it. However, there’s a silvery ring around the lens itself, which is reflective and catches the eye when the phone shifts even slightly, which we found very distracting. Vivo has also fitted a screen protector onto the V17, and this also has a cutout around the camera which draws the eye there constantly.

We have the Glacier Ice version of this phone, which is the now-common iridescent white finish that we’ve seen from several manufacturers in the mid-range and premium spaces. You’ll see light swirls of colour as you tilt this phone in any direction. The white back is offset nicely by a matte metallic rim. There will also be a darker Midnight Ocean option in India.

As far as looks go, the Vivo V17 is fairly slick. It doesn’t feel very premium though. Many other models in this price range use glass and metal, and feel more solid than the plastic Vivo V17. We should also point out that Vivo has launched this phone in some other countries with a markedly different design for the camera module at the rear and a camera notch instead of a hole in the front, so don’t go by pictures and reviews you might see online already. 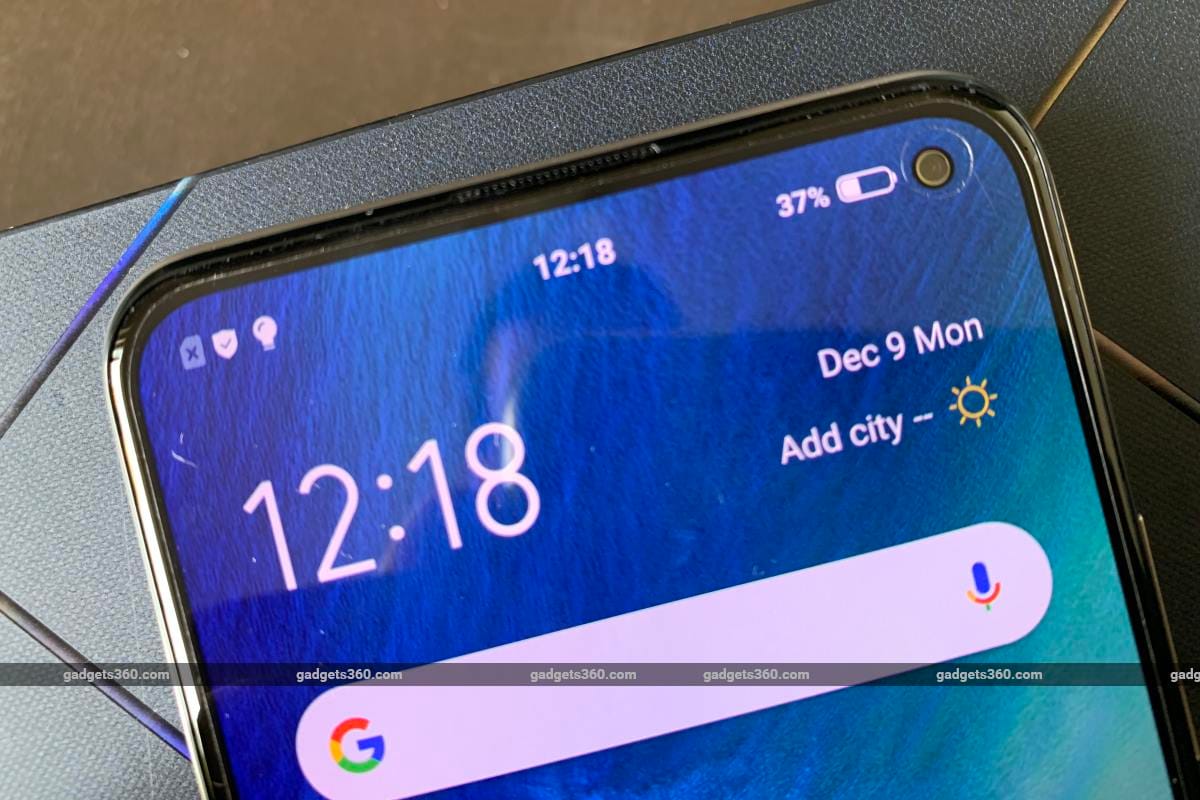 Coming to the cameras, there’s a two-column-wide rectangular bump on the rear, which is also a style that we’re starting to see quite a lot of now. The camera bump is slightly raised, but not enough to make this phone unwieldy. On the left, we have three equally sized and spaced camera lenses one below the other, with one smaller lens and a flash module placed next to them asymmetrically. This is very distinct on the Glacier Ice version, and not as noticeable against the Midnight Ocean colour, which you might want to consider.

Vivo has outfitted the V17 with a primary 48-megapixel rear camera with an f/1.8 aperture. Next, there’s a 120-degree wide-angle 8-megapixel camera with an f/2.2 aperture, followed by a 2-megapixel depth sensor (referred to by Vivo as a “bokeh camera”), and finally a 2-megapixel macro camera. We’ve seen very similar configurations on a number of recent low-cost phones including the very popular Realme 5s (Review) and Redmi Note 8 (Review) which are priced significantly lower. The single front camera has a 32-megapixel resolution and f/2.45 aperture.

The big promise here is low-light photo quality for the front as well as the rear cameras. Vivo is touting its Super Night Mode which it says captures multiple frames and uses custom algorithms to reduce noise and improve detail in photos. We haven’t been able to test these claims, but we’ll definitely be paying close attention to low-light photo quality in our full review. Vivo’s other selling points are ultra-stable video recording, the same Pose Master feature for selfie composition that we saw on the V17 Pro (Review), and multiple camera modes for creative expression. 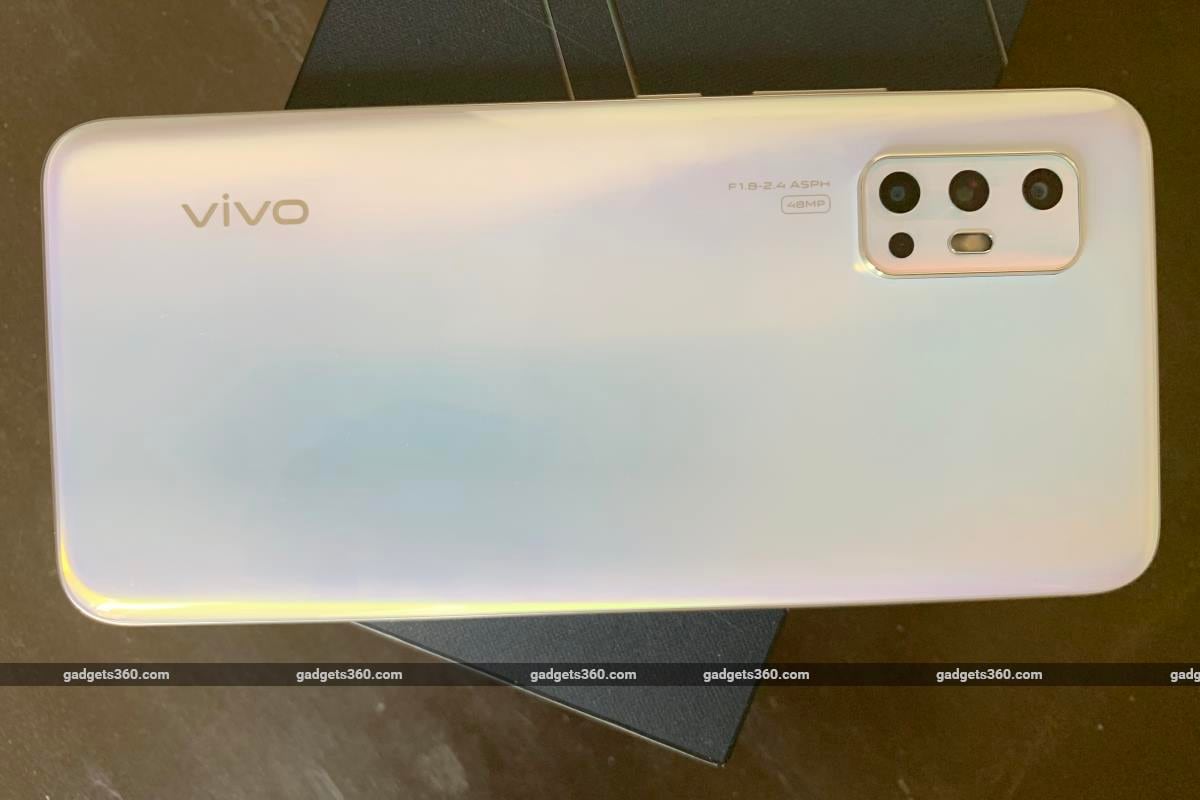 Beyond the cameras, the V17 features the mid-range Qualcomm Snapdragon 675 processor. Our unit has 8GB of RAM and 128GB of storage, and there don’t seem to be any other variants in India at the time of launch. There’s a 4500mAh battery and support for fast charging, with an 18W charger included in the box. Vivo also claims that its new-generation in-display fingerprint sensor is faster and more accurate than before.

Vivo seems to have done a good job here with design, and has chosen features and specifications that a lot of other manufacturers are also promoting right now. However, the Vivo V17 goes up against very established competition, and you can get similar hardware and cameras for much less money. In fact, several models offer near-flagship-class hardware at this price level today.

Despite these promising features, Indian buyers are highly price-sensitive, so it is interesting to see that Vivo has positioned this phone above Rs. 20,000. In terms of specifications, the competition including Xiaomi, Realme, Samsung, Motorola, and others have several compelling options that are priced lower. Do stay tuned to Gadgets 360, as our full review of the Vivo V17 is coming up, and we’ll be able to dive into the details of this phone’s design, usability, performance, cameras, battery life, and much more. 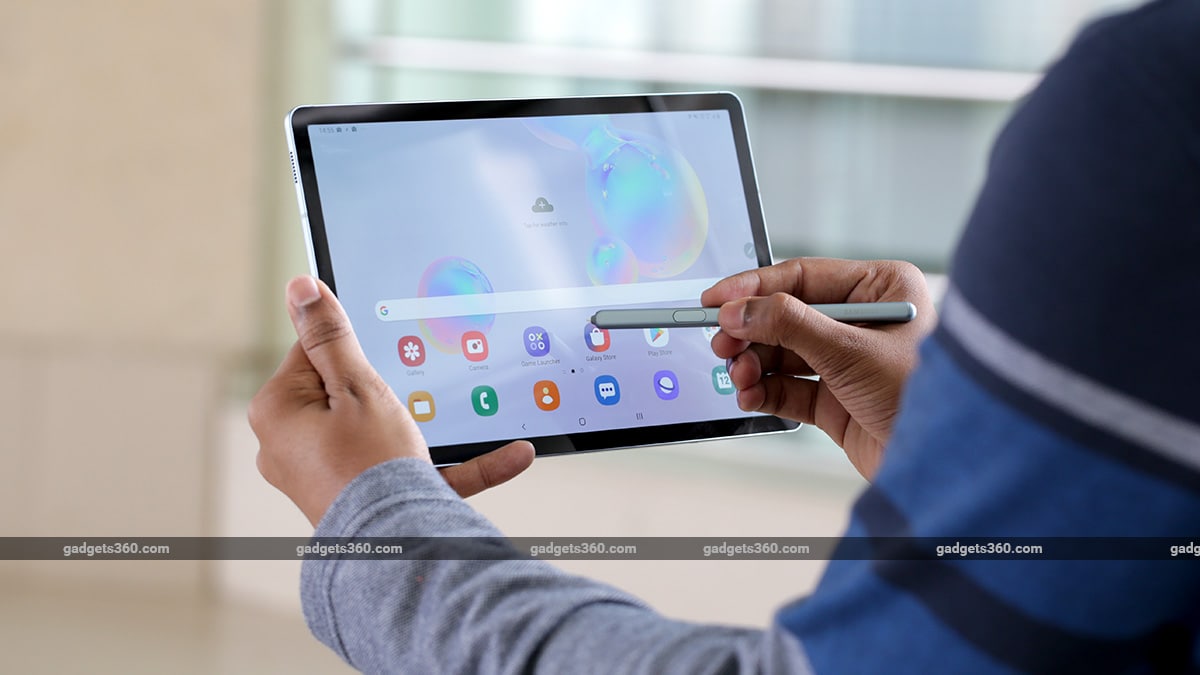 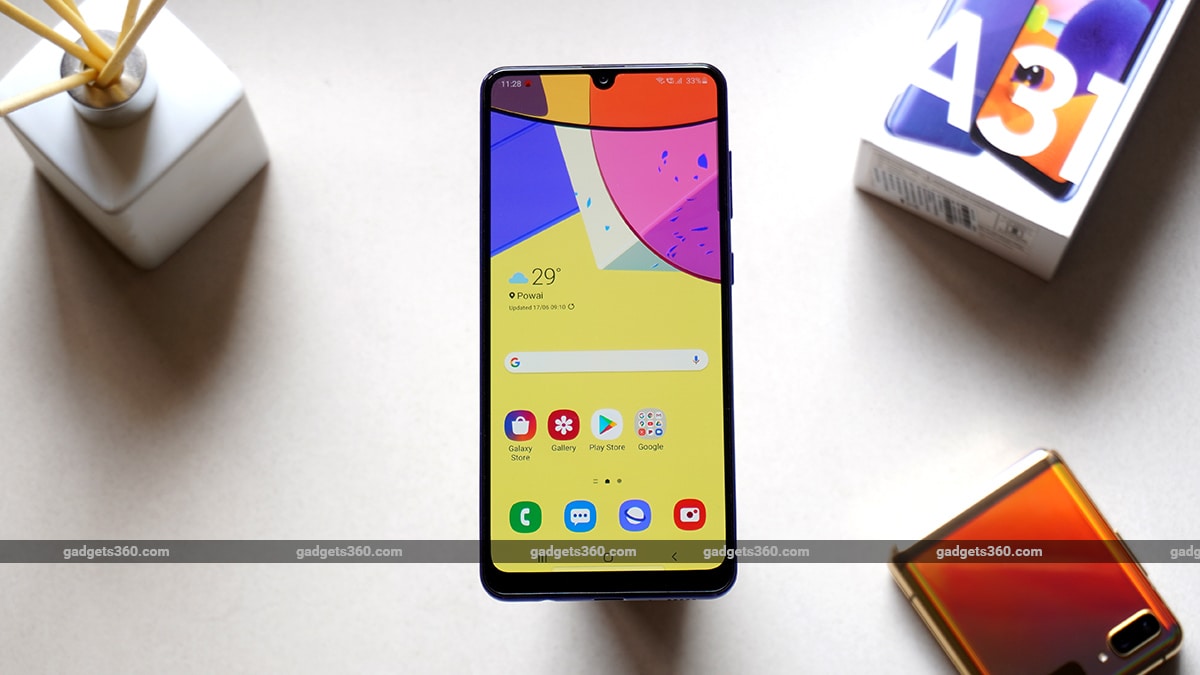 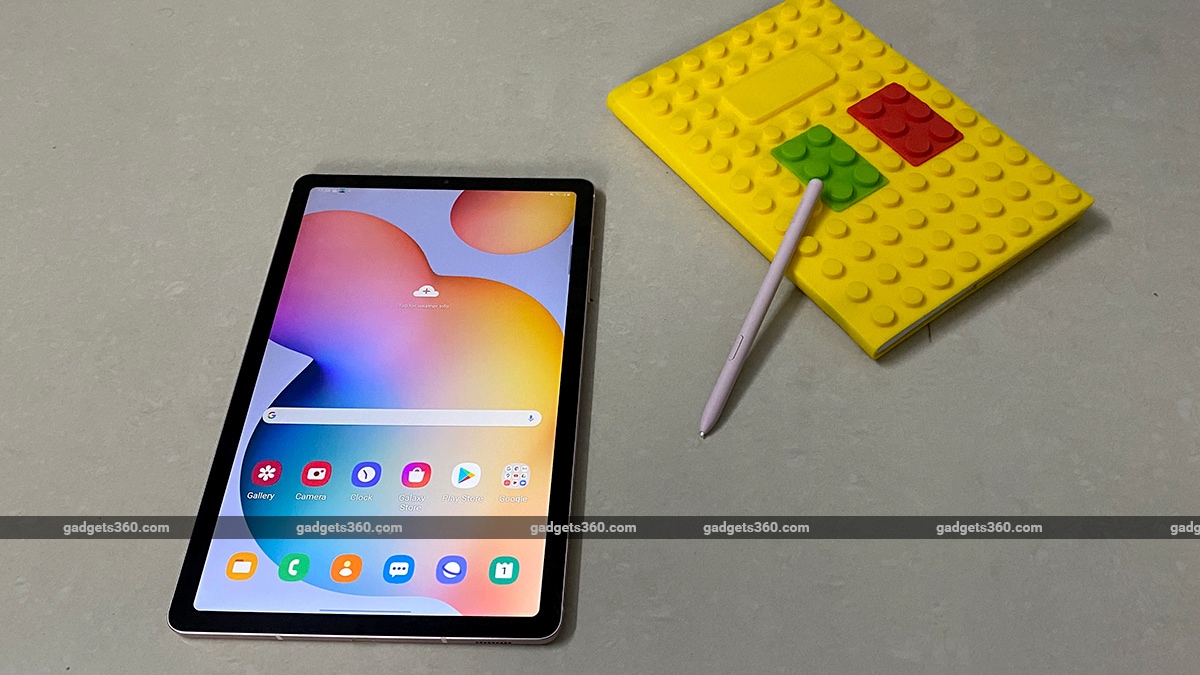 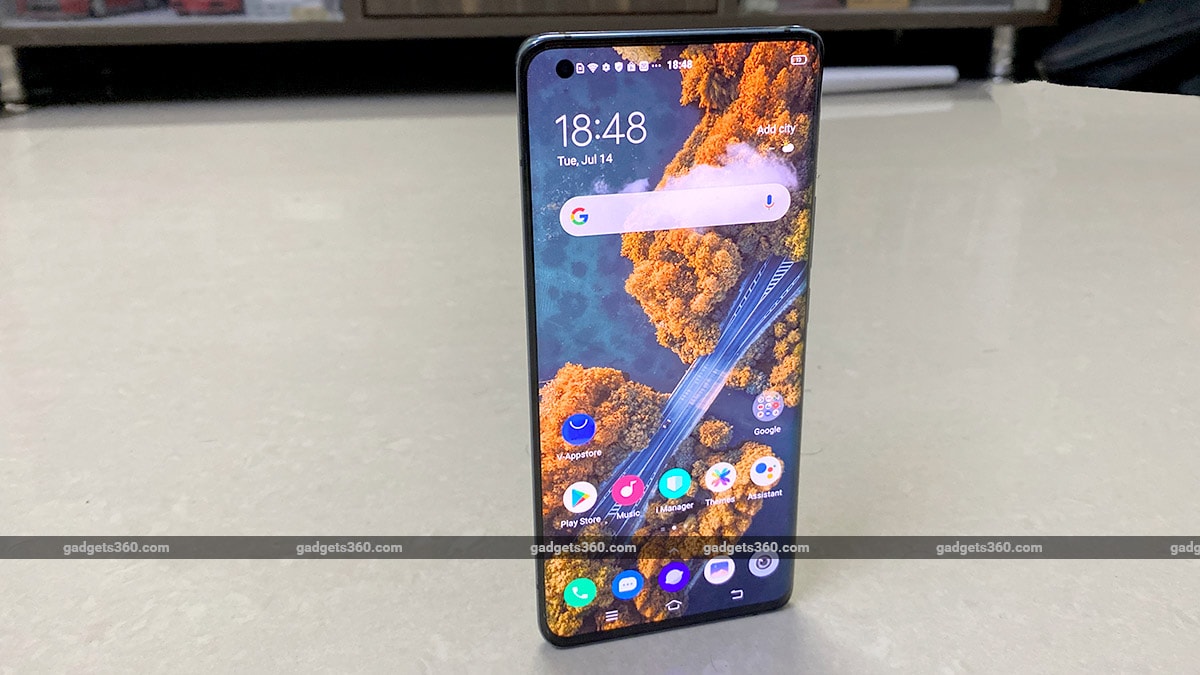