The Twilight Zone season 2 is now streaming on Voot Select. In late 2017, when Jordan Peele was brought on to helm the prestige TV-era revival of The Twilight Zone — the sci-fi anthology series created by the late Rod Serling in the fifties — there was considerable excitement, for the announcement came in the wake of the success and the praise showered on Peele for his directorial debut: the social satire horror Get Out. Peele’s subsequent win at the 2018 Oscars a few months later suggested that CBS had found the right candidate. But the first season of the new Twilight Zone — which premièred in April last year on CBS All Access in the US, but only released in India this March on Voot’s subscription-based premium tier, Voot Select — was a disappointment. Still, it was renewed for a second season midway through its run.

Give them points for consistency: The Twilight Zone season 2 — available in its entirety Thursday, rather than the weekly releases last time around — is still very much a disappointment. It’s worth noting that CBS only gave critics (including us) access to three of the total 10 episodes. The nature of an anthology series, where every episode is completely different — with different storylines, actors, writers, and directors — means quality can vary widely, but if these episodes are to be taken as an indicator of the whole, The Twilight Zone season 2 is not worth a visit. One episode shows a bit of potential that it eventually squanders, a second is intriguing but fails to stick the landing, and a third sets out not knowing what it’s trying to achieve.

The biggest failure of the season 2 lot is titled “Meet in the Middle”, from the writing duo of actresses Emily C. Chang and Sara Amini (Misery Loves Company), and cinematographer-director Mathias Herndl, who helmed last year’s Ginnifer Goodwin-starrer “Point of Origin” episode. “Meet in the Middle” follows lonely single fella Phil (Jimmi Simpson, from Westworld) who discovers a telepathic connection with Annie (Gillian Jacobs, from Community) while out on a date with another woman. As the two get to know each other, they become happier and do things they wouldn’t usually. It’s a generic meet-cute, except the two are never actually on screen together. We only see Simpson in the flesh, with Jacobs reduced to a voice role.

From 13 Reasons Why to Netflix’s Dark, TV Shows to Watch in June 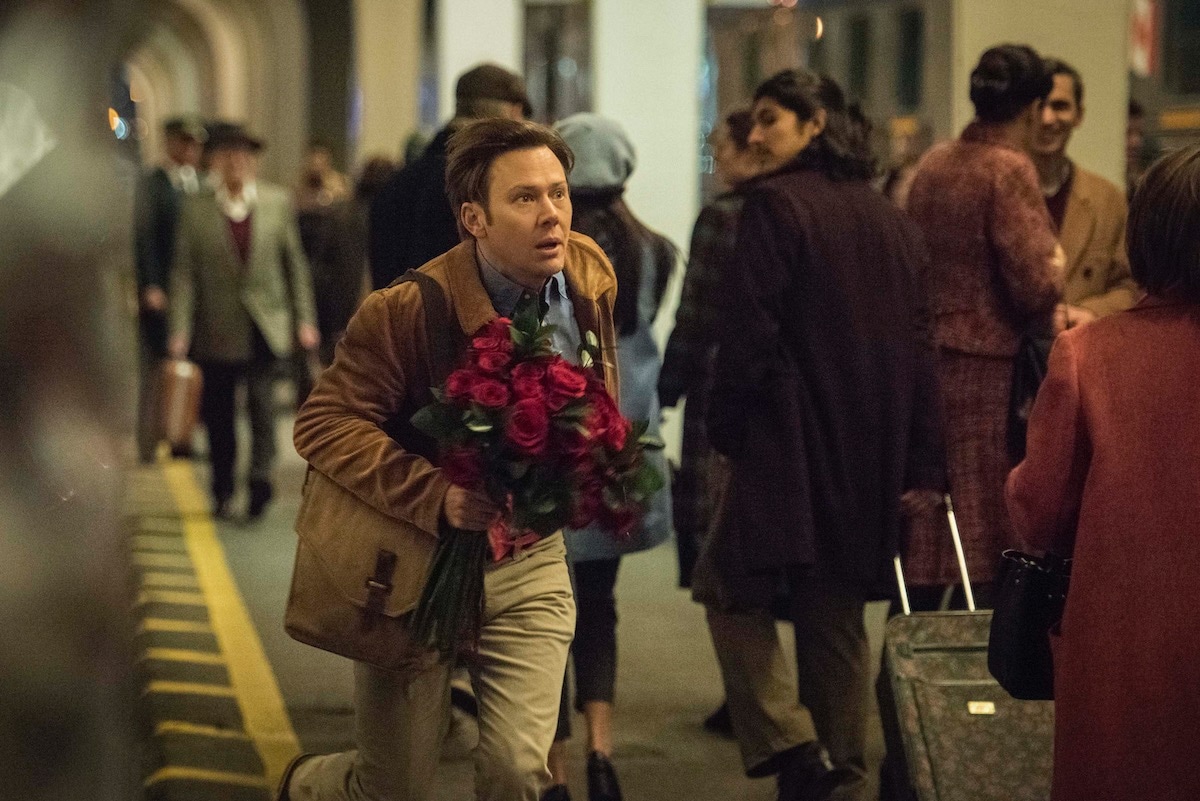 Those two facets — an uninteresting scene-by-scene romantic tale, and the presence of just one actor — combine to produce a Twilight Zone episode that’s simply too bland. For most of its runtime, you’re just staring at Simpson’s face, who can only come up with so many different expressions. “Meet in the Middle” needed something more to showcase the telepathic link between the two; maybe an animated world inside their heads as in Pixar’s Inside Out, or something like the astral plane from the X-Men series Legion. At its heart, it’s about how people can get in our heads — literally here — when we’re vulnerable and willing to compromise. But it feels like a short film concept stretched to 43 minutes, in unconvincing and boring ways that make it a listless and forgettable entry.

Written and directed by Osgood Perkins (The Blackcoat’s Daughter), “You Might Also Like” — an episode that sounds like a take-down of algorithmic recommendation engines but isn’t — is a bit of a step up, even though it too has just one actor occupying the screen for the most part. Gretchen Mol (Boardwalk Empire) plays housewife Jane Warren in a modern-day world that has a few elements carried over from the ‘70s. Like everyone around her, she’s looking forward to getting her hands on her family’s “Egg”, which is marketed with the promise of making everything better forever. The episode attempts to critique materialism, advertising, capitalism, and human nature, all rolled into one package. But it never really manages to lift off as you might expect it to.

The story unfolds over a few hours as one day, Jane finds herself waking up in her bed over and over, with no recollection of how she got there. Her dreams are seemingly made up of advertisements, one of them about the enigmatic and unknown thing that is the “Egg”. Jane then begins to investigate, with the help of her aloof neighbour (Greta Lee, from Russian Doll). “You Might Also Like” is mysterious if not entirely captivating, partly thanks to the fact that it’s the most out-there of the three Twilight Zone season 2 episodes shown to critics. The intrigue carries over for two-thirds of the episode’s runtime, but the reveal of the twist — standard practice for The Twilight Zone — relies too heavily on exposition. It’s a shame that Perkins couldn’t see it through with a “show, not tell” approach. Billy Porter in The Twilight Zone season 2 “The Who of You”
Photo Credit: Dean Buscher/CBS

That leaves “The Who of You”, from director Peter Atencio (Key & Peele) and The Twilight Zone executive producer Win Rosenfeld, making his debut as a screenwriter. It’s much better than the other two, chiefly because it doesn’t forget to have fun with its tools. The episode starts off unconvincingly, as failed actor Harry (Ethan Embry, from Sweet Home Alabama) makes a left-field decision to rob a bank, after a fight with his live-in girlfriend that he thinks is entirely about his inability to earn. At the bank, Harry inadvertently ends up swapping his mind with the teller, right before the cops arrive and arrest him. Except he’s not in his body anymore. The lead detective (Daniel Sunjata, from Graceland) initially thinks Harry is acting, but not after he starts spouting things he wouldn’t know.

Meanwhile, the real Harry discovers that he can body-swap with anyone by simply locking eyes. This becomes problematic for “The Who of You” on multiple levels. It’s impossible to imagine that Harry had never locked eyes with anyone in his life previously. Alternatively, it’s never explained if he seemingly got his body-swapping powers during the robbery. The episode also stretches the suspension of disbelief and relies on narrative coincidence at the end. For what it’s worth, there are some interesting turns as the cop tries to catch up with Harry, including at a fortune teller with guest star Billy Porter (Pose). And the body-swap mechanic not only contributes to much of the humour, but it also sits well with the allegory in play, about actors getting into the skin of their characters — quite literally.

Upon The Twilight Zone’s arrival in April last year, The Atlantic’s Sophie Gilbert had gone so far to say: “[It’s] hard to conceive that an artist as prodigiously talented and thoughtful as Peele is creatively involved at all.” Unfortunately, that still feels true of The Twilight Zone season 2. This second year of the third revival of the famed original does have an episode written by Peele, his first; it’s called “Downtime” and it stars Morena Baccarin (Deadpool) and Tony Hale (Veep). Maybe that will show what the new Twilight Zone is capable of. But while we keep hoping for a brighter future for The Twilight Zone, it seems to be stuck in the past.

The Twilight Zone season 2 is now streaming on Voot Select in India, and CBS All Access in the US. 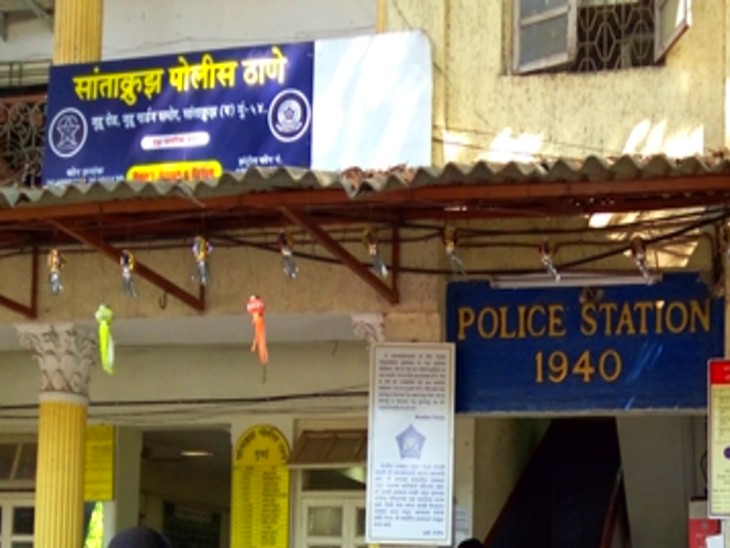