Realme recently launched the Realme 6i as its latest offering in the sub Rs. 15,000 price range. The company has based this new smartphone on the Realme 6, which was launched earlier this year. While the Realme 6 was a good smartphone at launch, its price has gone up thanks to recent currency value changes, putting it out of reach for a few people. The Realme 6i borrows some key hardware from the Realme 6 but starts at a much lower price of Rs. 12,999. With toned-down specifications and the lowered price, has Realme managed to strike the right balance? I review the Realme 6i to find out.

Realme 6i design: Identical to the Realme 6

Realme has been launching smartphones with the “i” suffix for some time now. Its strategy has been to take an existing model (the Realme 6 in this case) and change a few key specifications to get to a lower price. Because these are minor changes, the overall design and dimensions remain identical. Realme has tried to distinguish the Realme 6i by offering it in Lunar White and Eclipse Black colour options. The Realme 6 (Review) has more striking colour options in comparison. 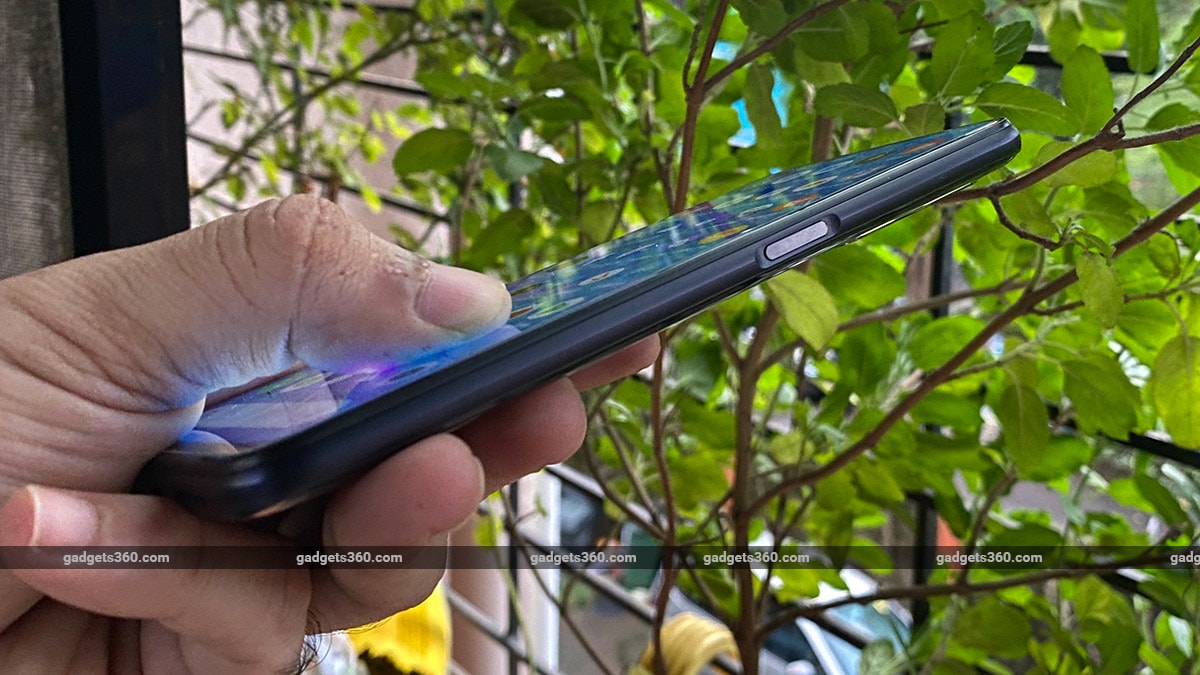 The Realme 6i has a side-mounted fingerprint scanner

Realme has positioned the volume buttons on the left, along with the SIM tray. The buttons are easy to hit and have clicky feedback. Realme has opted for a matte finish on the plastic frame of this device, which feels nice. The back of this smartphone picks up smudges and fingerprints very easily, especially the Eclipse Black variant that I had. At the back, the cameras are placed in a pill-shaped camera module which has become a common design element on Realme smartphones. There’s a USB Type-C port, 3.5mm jack, and speaker at the bottom while the top is bare.

Apart from the back which is a fingerprint magnet, I quite like the design of the Realme 6i. Its 191g weight is easy enough to manage, and it did not feel bulky or unwieldy at any point.

Realme 6i specifications: Toned down

The first thing that grabbed my attention is the 90Hz refresh rate on the display. This feature isn’t very common in the sub-Rs. 15,000 price range and that makes the Realme 6i stand out. The 6.5-inch display sports a full-HD+ resolution (1080×2400 pixels) and has Corning Gorilla Glass 3 for protection. I found the display to have good viewing angles and adequate brightness outdoors.

Powering the Realme 6i is the MediaTek Helio G90T which is lifted straight from the Realme 6. This is an octa-core chip with two Cortex-A76 cores clocked at 2.05GHz and six Cortex-A56 cores clocked at 2GHz. Realme offers the 6i in two variants, with either 4GB or 6GB of RAM. The storage remains the same at 64GB for both, but is expandable by up to 256GB using the dedicated microSD card slot. I had the base 4GB RAM variant for this review.

The Realme 6i has dual 4G VoLTE, Bluetooth 5, dual-band Wi-Fi, and four satellite navigation systems. Surprisingly, the Realme 6i packs a 4,300mAh battery, the same capacity as the Realme 6, but you don’t get the same 30W charger in the box. There’s a 20W unit instead. 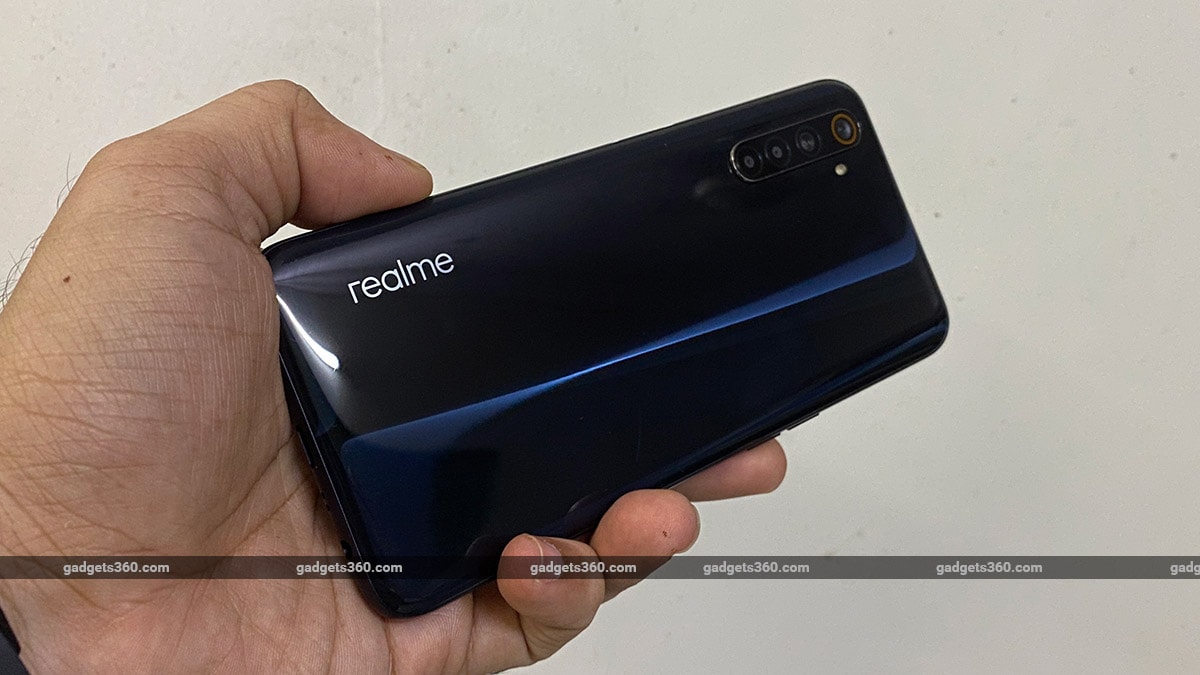 The back of the Realme 6i has a glossy finish

The Realme 6i runs Realme UI on top of Android 10 and my unit was running the June security patch. The UI has lots of customisation options and many features. A quick right swipe from the homescreen takes you to Realme’s Smart Assistant feature which lists shortcuts and recommendations based on your usage. The Realme 6i has the traditional three button navigation but this can be swapped in favour of gesture navigation. The UI also has a smart sidebar that can be configured with app shortcuts and quick actions such as taking a screenshot or screen recording.

There is a fair amount of bloatware on the device including Realme Community, Realme Store, Amazon, Facebook, Google Pay, Realme Link, Realme Pay, WPS Office, HeyTap Cloud, DocVault, and Soloop. I found the stock Browser app and App Market to be spammy as they kept sending notifications.

Realme 6i performance: Up to speed

The Realme 6i did not show any signs of slowing down while using it. The UI feels super smooth when the display refresh rate is set to 90Hz. It’s set to Auto by default but you can lock it at 90Hz or 60Hz. This panel has good viewing angles and it does let you tweak the colour output in the Settings app.

The Mediatek Helio G90T is a powerful processor and is capable of handling heavy apps and games. General usage was not an issue and I could load multiple apps and multitask between them. The side-mounted fingerprint scanner is quick to unlock the smartphone and so was the face recognition feature.

The Relame 6i performed as expected in benchmarks. In AnTuTu 8, it managed 2,87,451 points. It also scored 544 and 1710 points in Geekbench’s single-core and multi-core tests respectively. This is better performance than the newly launched Redmi Note 9 (Review), which managed 356 points and 1,325 points in the same tests. The Realme 6i secured 59fps and 15fps in GFXBench’s T-Rex and Car Chase scenes respectively. 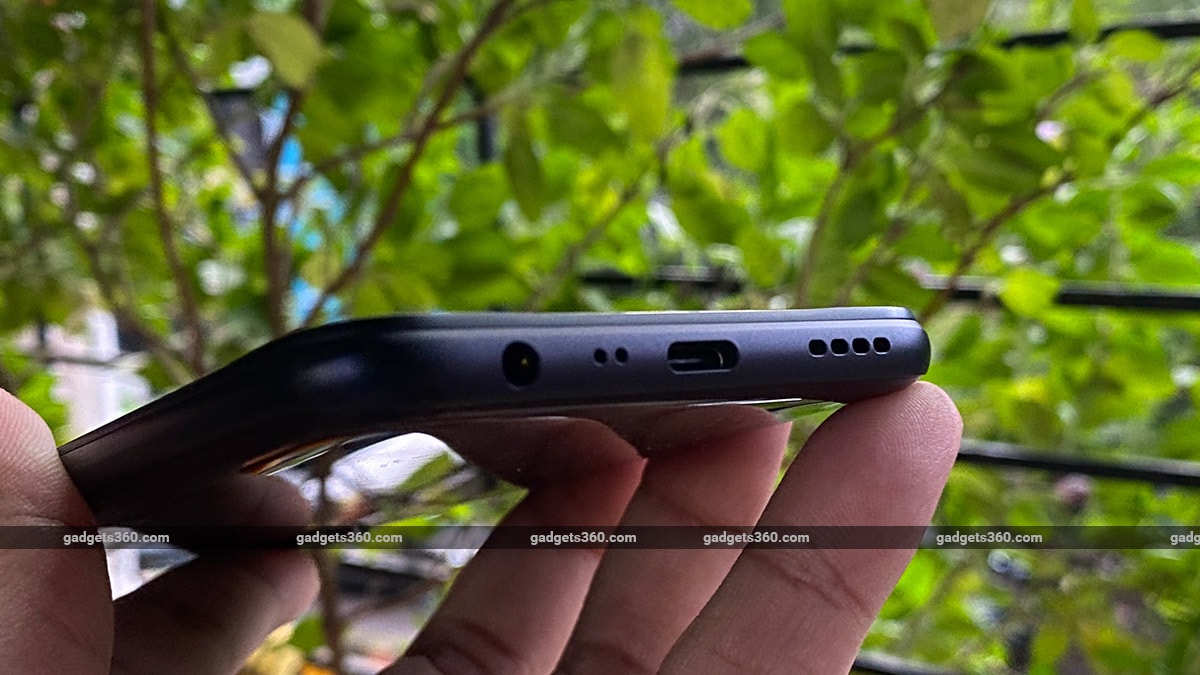 I played PUBG Mobile and it defaulted to the High preset with graphics set to HD and the frame rate set to High. I did not notice any lag while playing the game but the device did get slightly warm to the touch after playing for 20 minutes.

Battery life on the Realme 6i is quite good and the phone easily lasted beyond a full day with my usage. The 4,300mAh battery ran for 19 hours and 22 minutes in our HD video loop test. Realme supplies a 20W charger in the box which is capable of charging the device to 44 percent in half an hour and 85 percent in an hour. While this is good enough, this smartphone does support 30W fast charging which should help reduce charging time if you have a compatible charger.

Realme 6i cameras: Decent for the price

The camera hardware on the Realme 6i is a little different compared to the Realme 6. The mor expensive model’s 64-megapixel primary sensor has been swapped out in favour of a 48-megapixel one. There’s also an 8-megapixel ultra-wide-angle camera, a black and white portrait camera, and a 2-megapixel depth sensor. For selfies, it has a 16-megapixel shooter. The camera app is similar to what we saw on the Realme 6. It is AI-assisted and can detect scenes very easily. It also enables HDR in bright scenes automatically and you do get the option to shoot at the full 48-megapixel resolution. 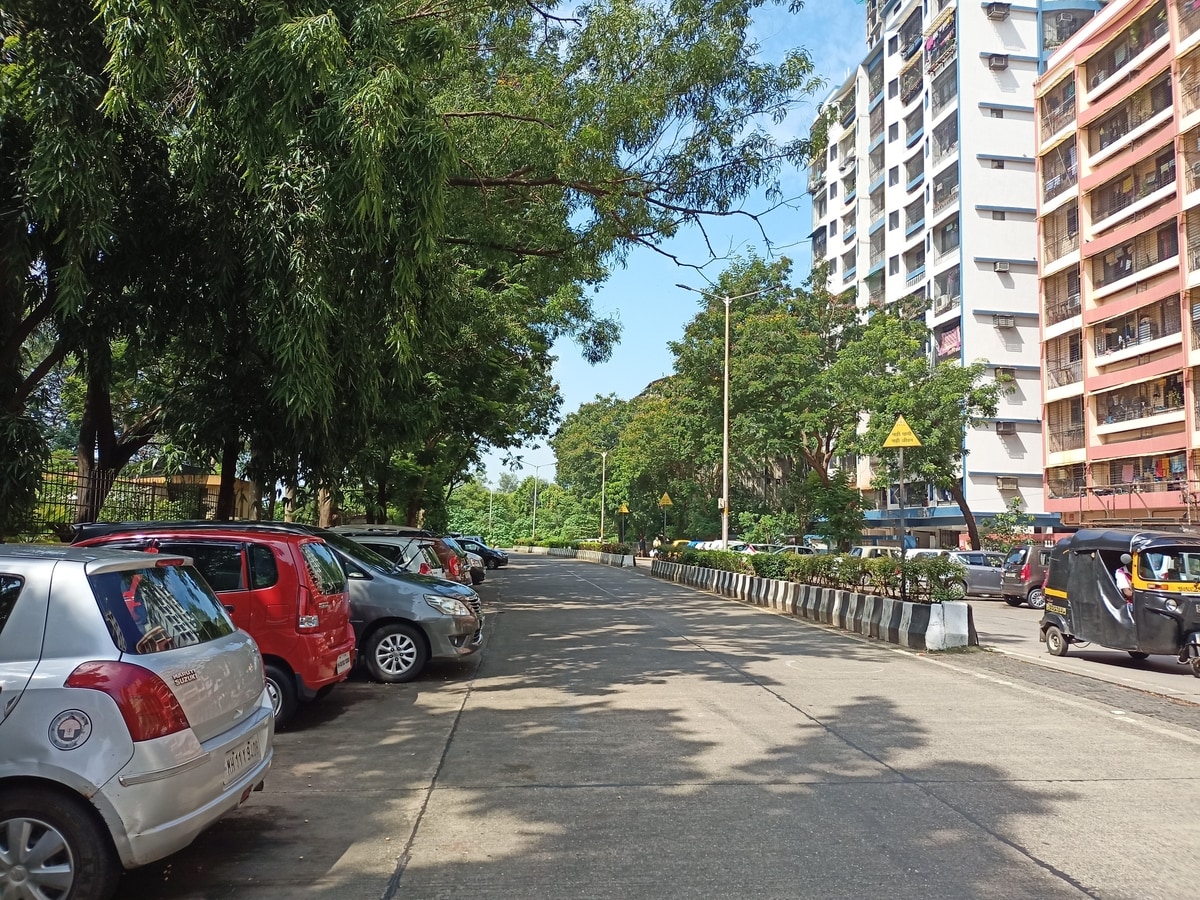 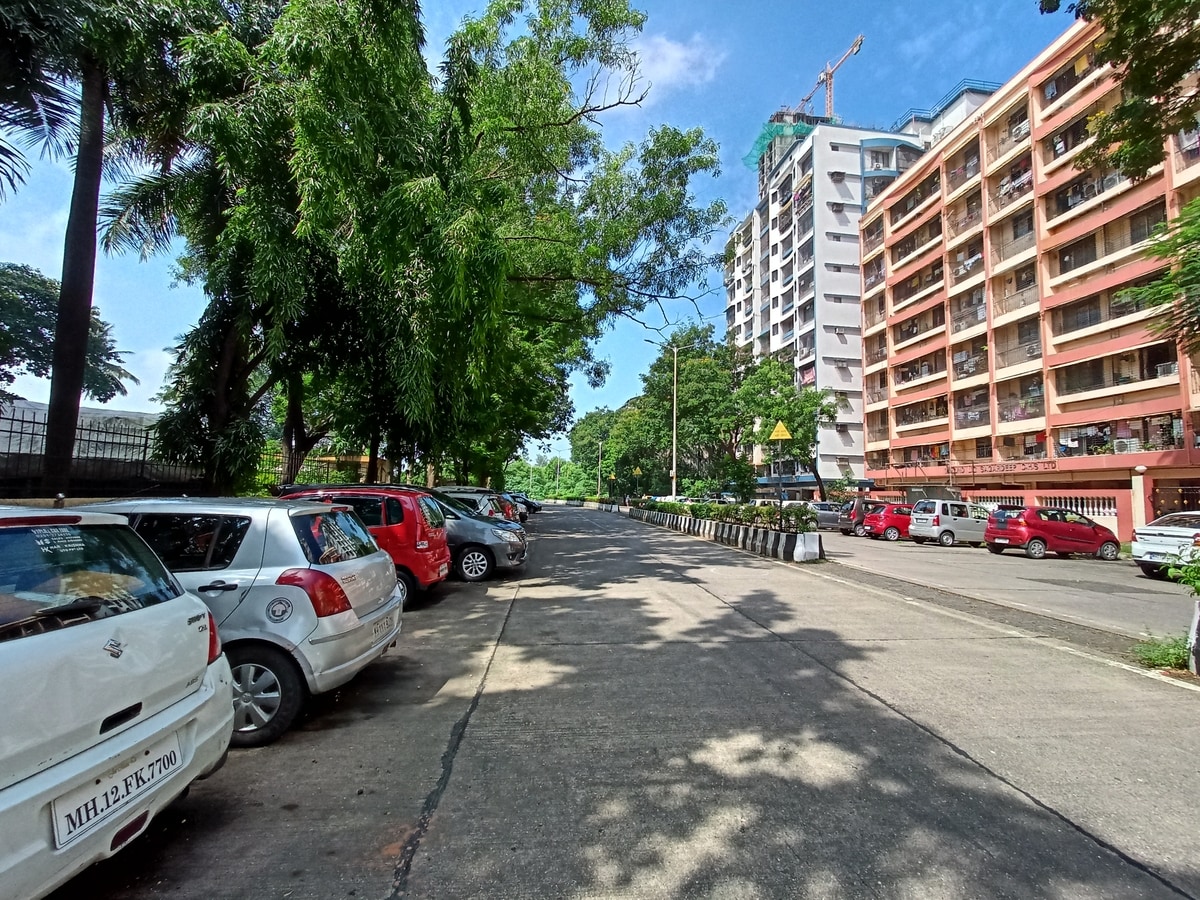 Photos taken in daylight were good, and the Realme 6i managed decent dynamic range. The level of detail in shots was acceptable given the price point, and photos were sharp. The wide-angle camera on the Realme 6i offers a much wider field of view but at the cost of details. Shots also had slight barrel distortion at the edges. Photos taken at full resolution had visible grain on zooming in. 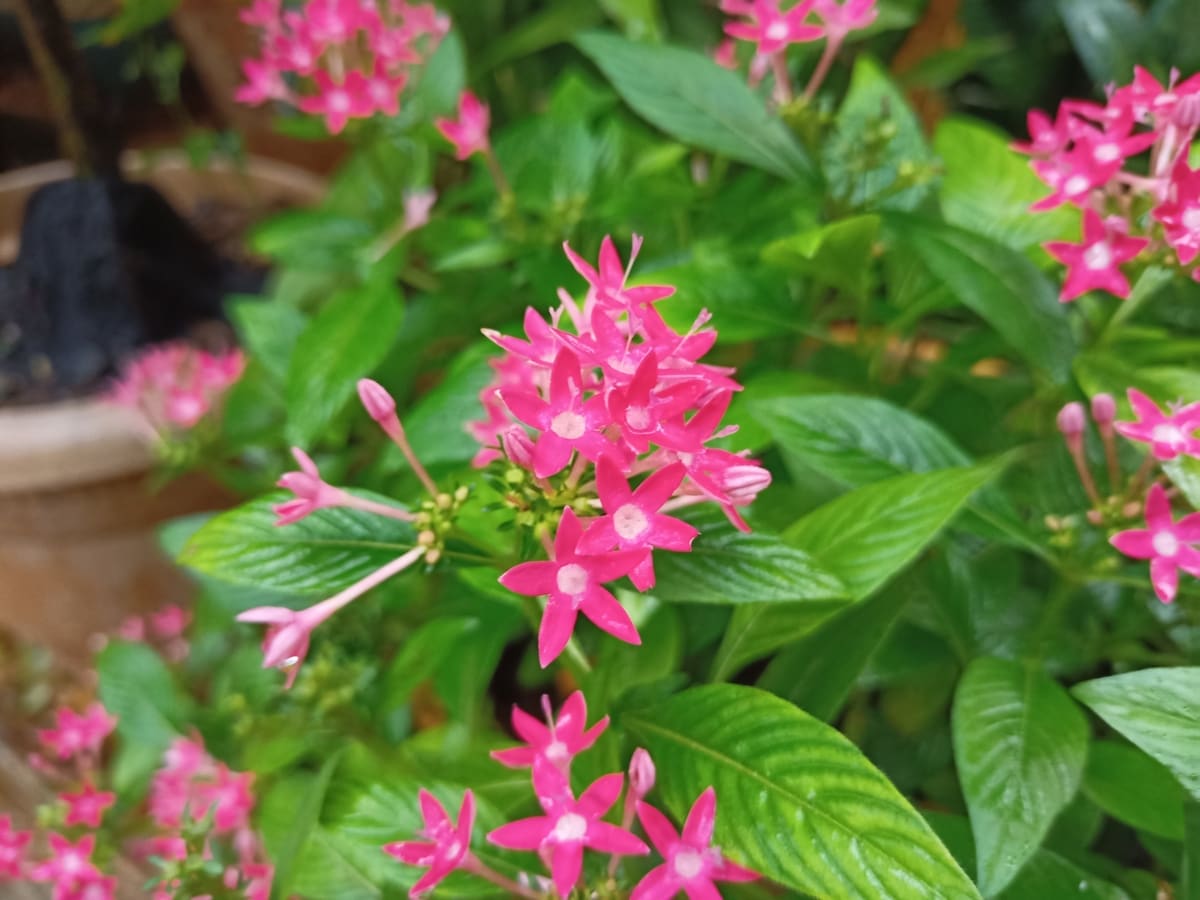 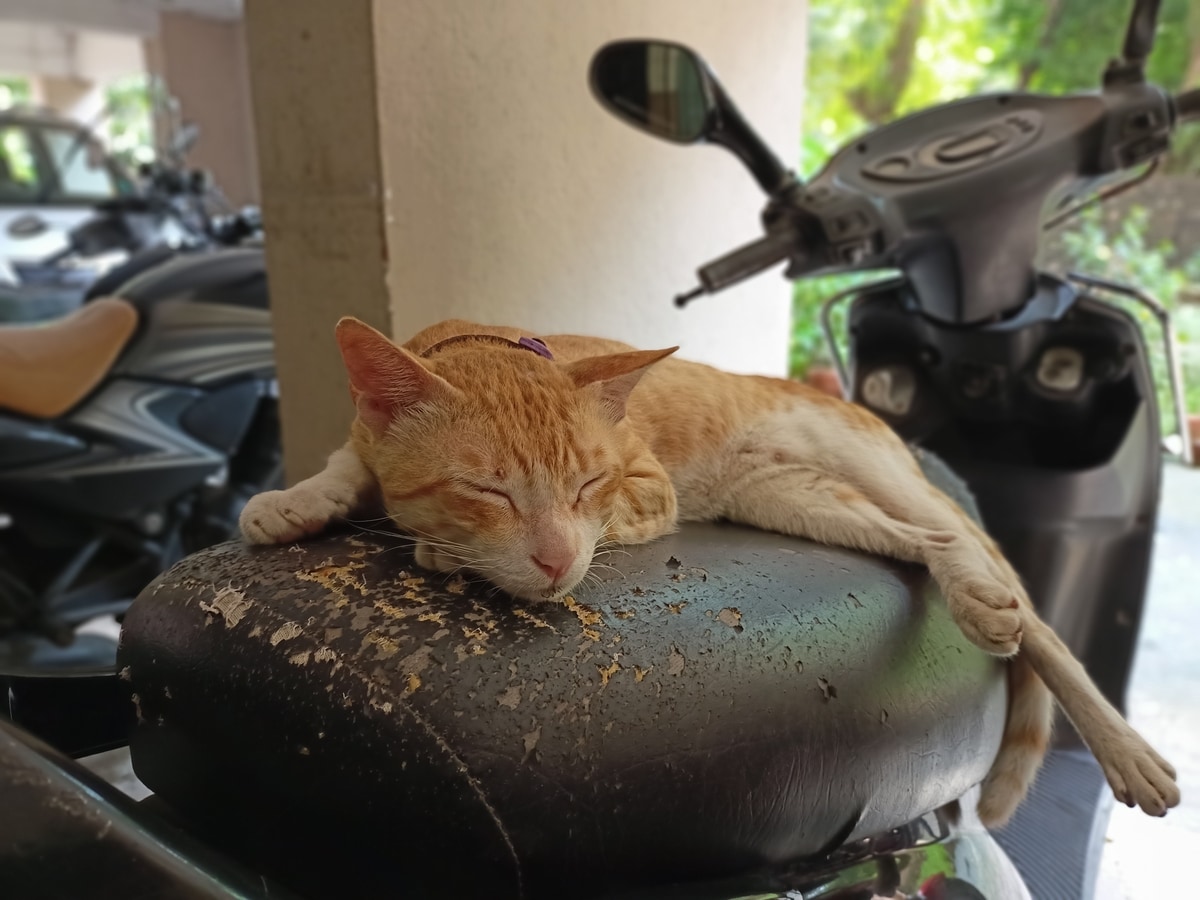 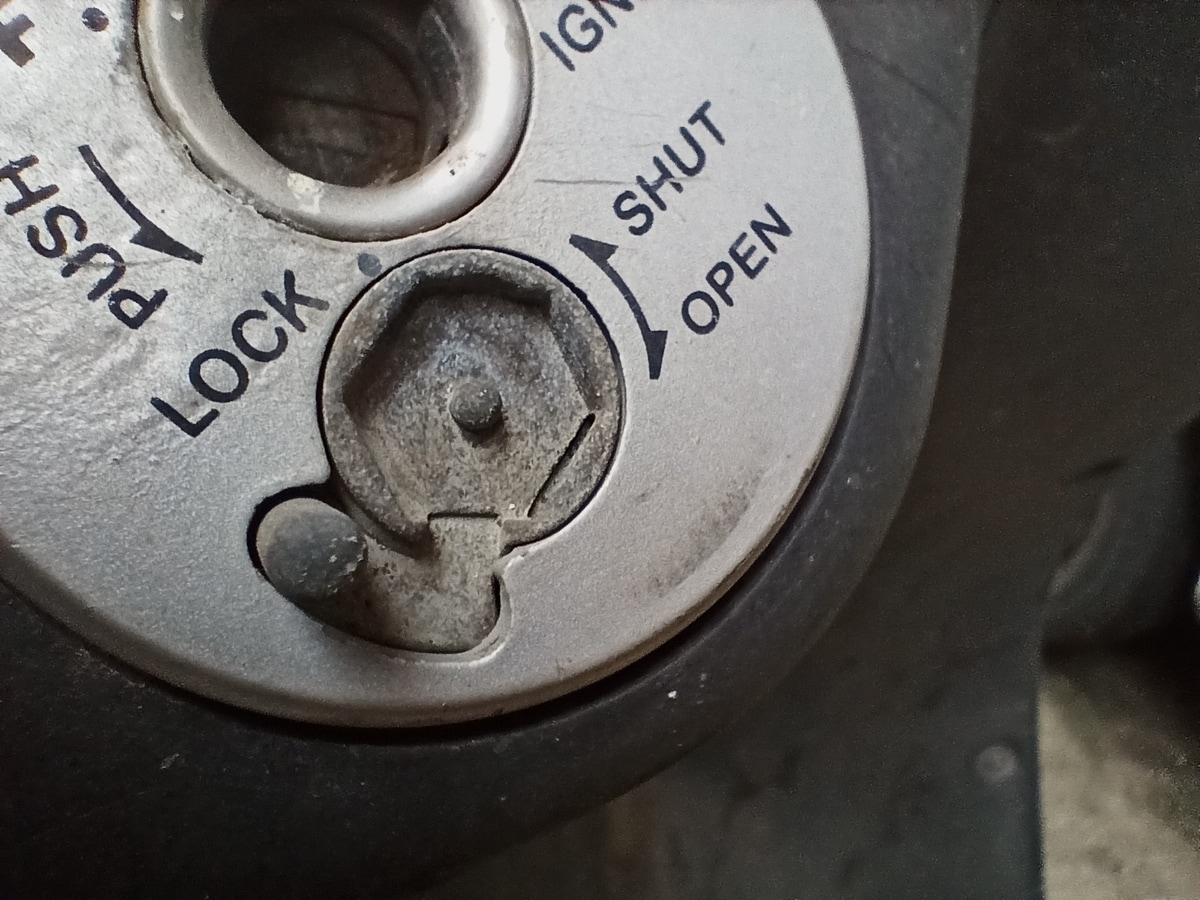 Close-up shots taken with the Realme 6i had good details and a soft bokeh effect but the AI boosted colours artificially. For portraits, the Realme 6i does let you set the level of blur before taking the shot. It managed good edge detection and could separate the subject from the background quite well. Macros taken with sufficient ambient light had good detail. 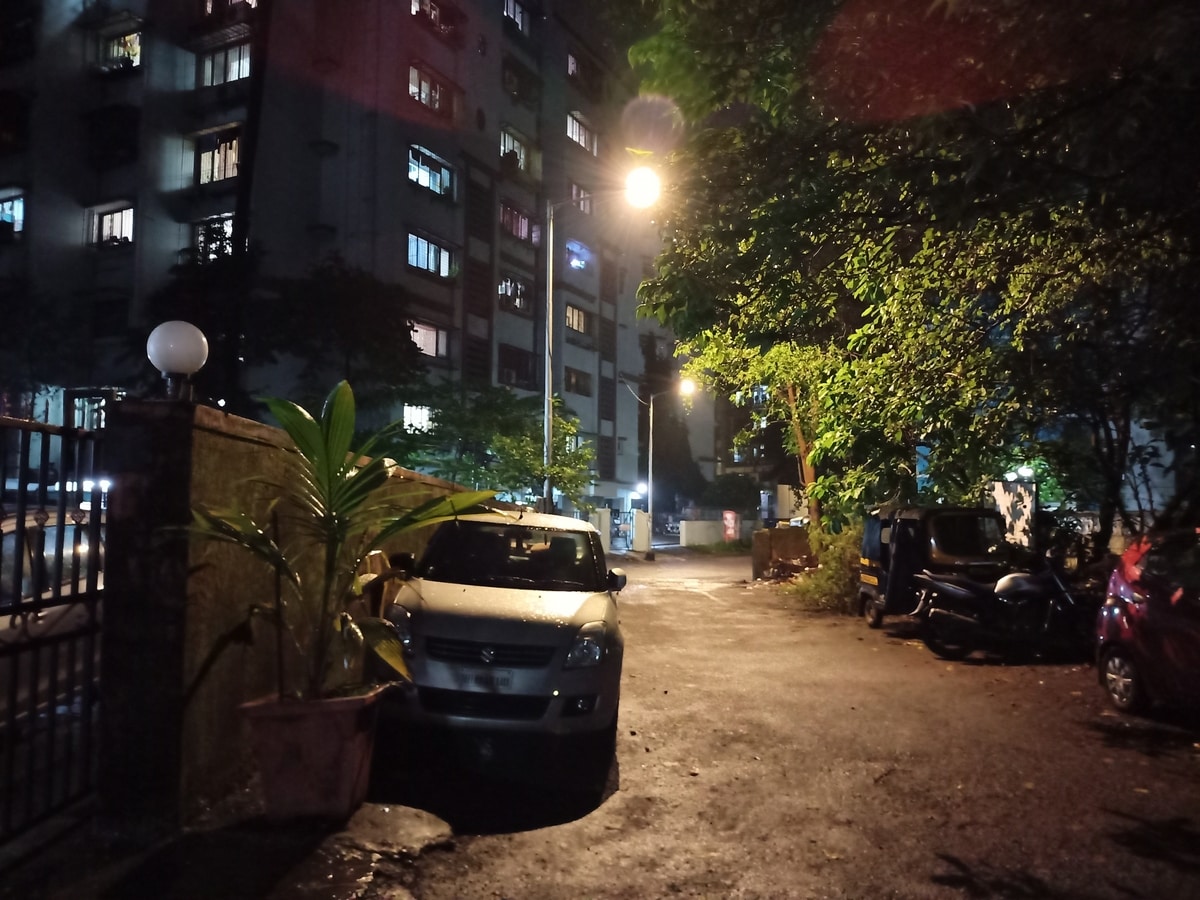 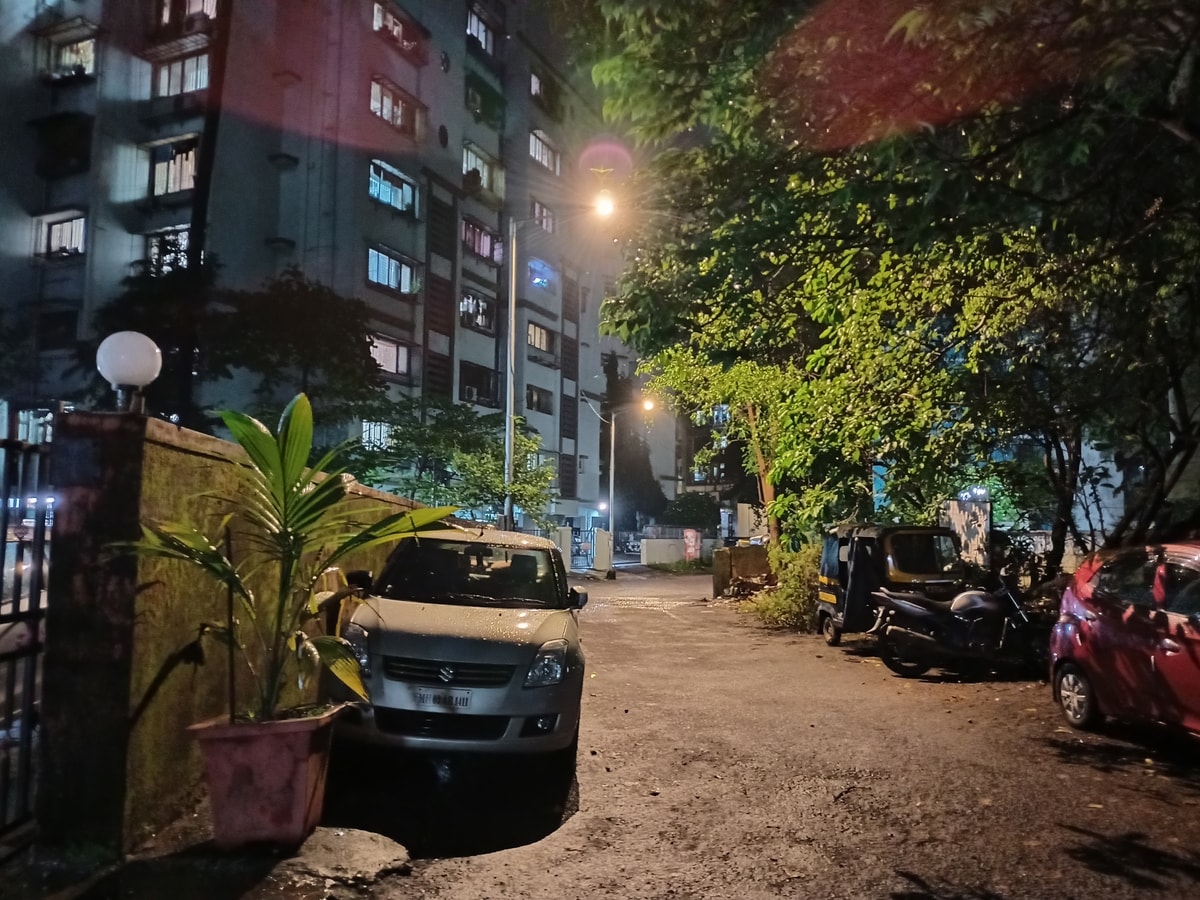 In low light, camera performance takes a dip. Shots lose out on detail heavily, especially in the shadows. The Night mode takes about four seconds on average to take a shot, forcing you to hold the phone steady. There is a slight improvement with better details in the shadows, and the overall image looks a tad brighter. 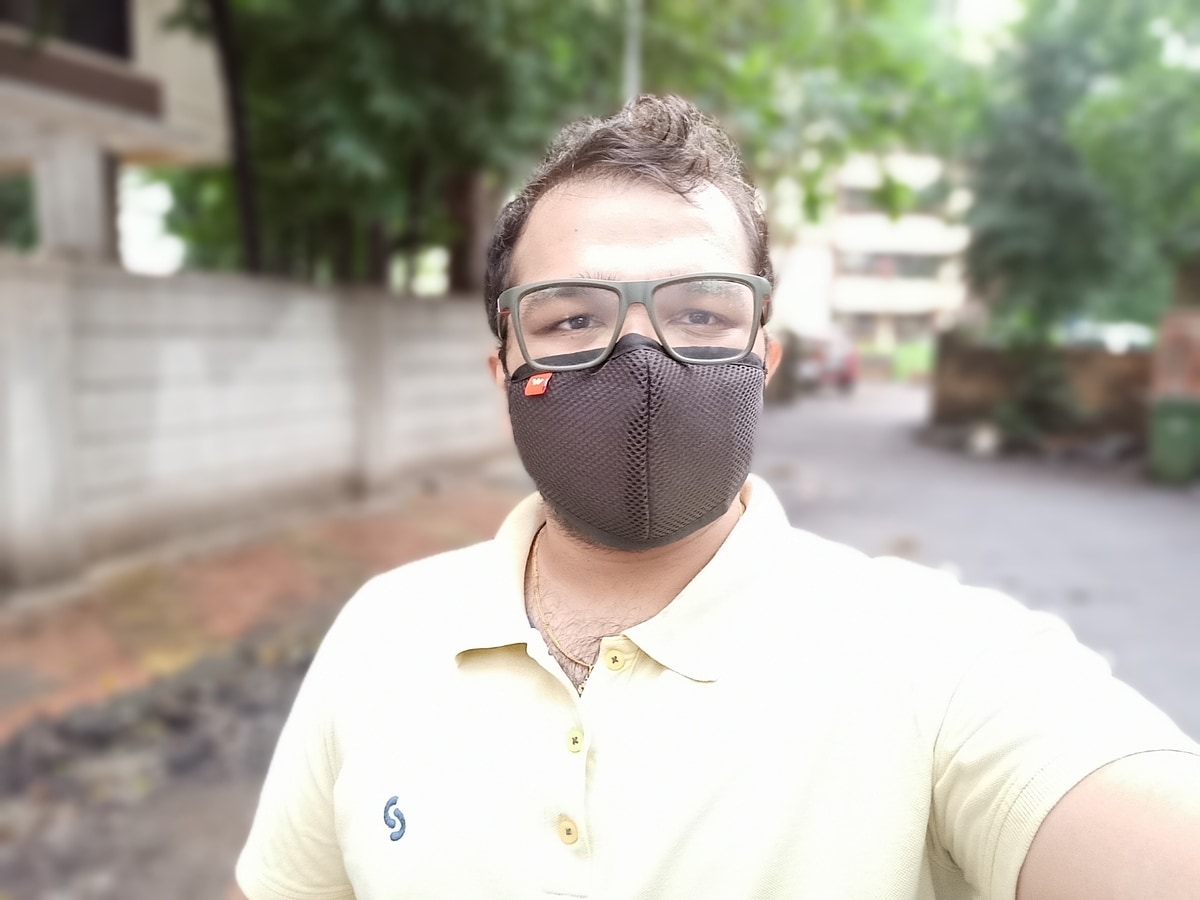 Selfies taken in daylight are good, and beautification is enabled by default so you get some smoothening in the output. The front camera also takes decent portraits and lets you set the level of blur for the background before taking a shot. Performance in low light was strictly average, but it does have Night mode which helps take a brighter shot.

Video recording tops out at 4K for the primary camera and 1080p for the selfie camera. The footage isn’t stabilised at either 1080p or 4K. There is an Ultra Steady mode that somewhat stabilises footage at 1080p though. Low-light video performance was strictly average.

The Realme 6i is an interesting new choice for anyone looking for good hardware and features on a tight budget. It offers nearly all the good parts of the Realme 6 (Review), such as the powerful Helio G90T processor, 4,300mAh battery, and 90Hz refresh rate display. The places where it cuts back are the bundled charger and camera performance. For the asking price, the base variant of the Realme 6i offers good value for money as there is no other smartphone with a 90Hz display at this price. If you don’t care much about that, the Poco M2 Pro (Review) could be a suitable alternative. 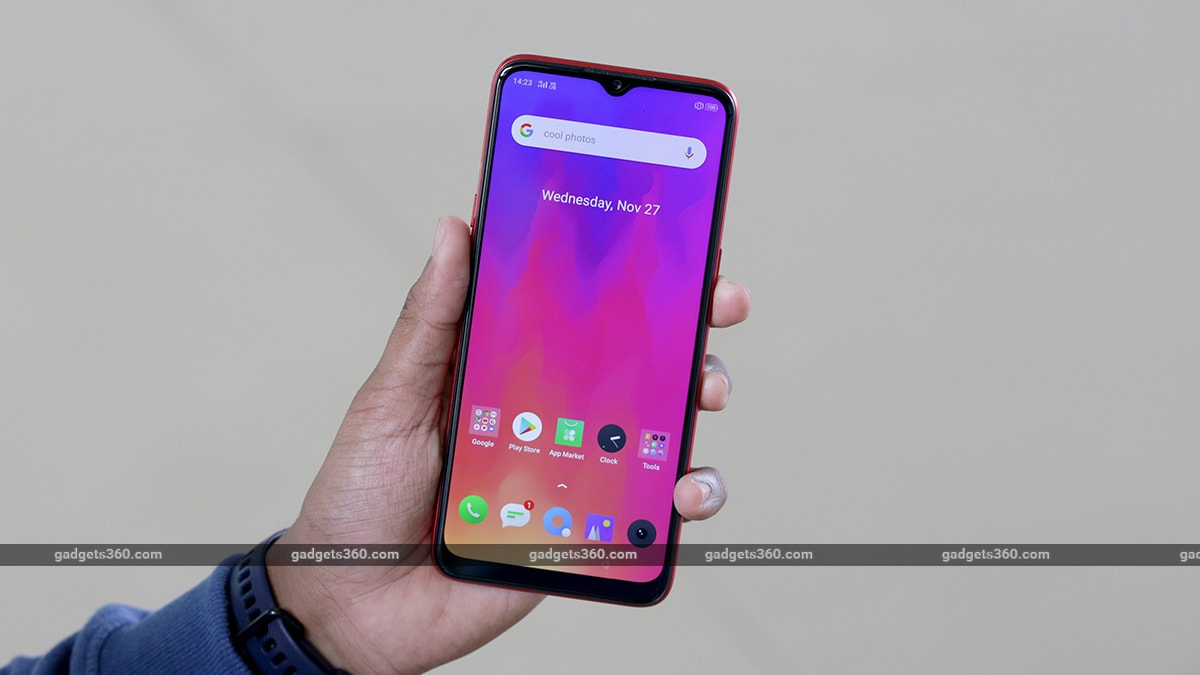 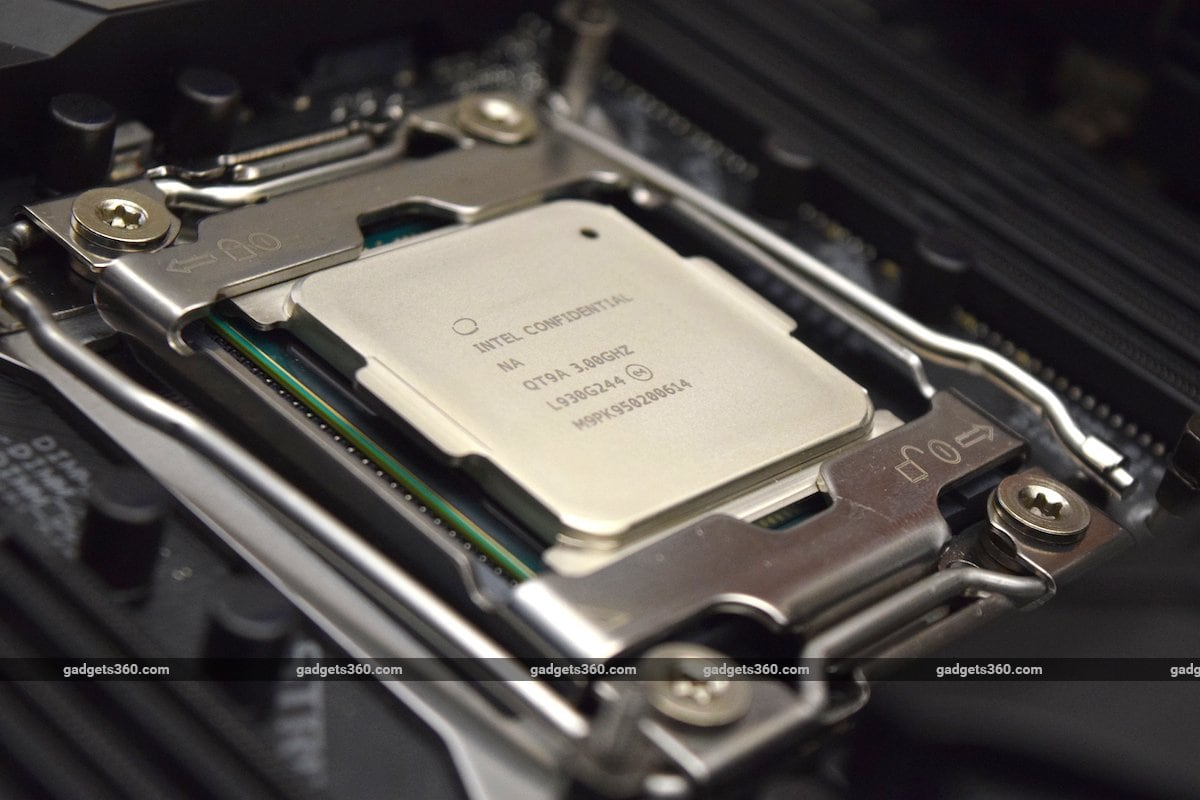 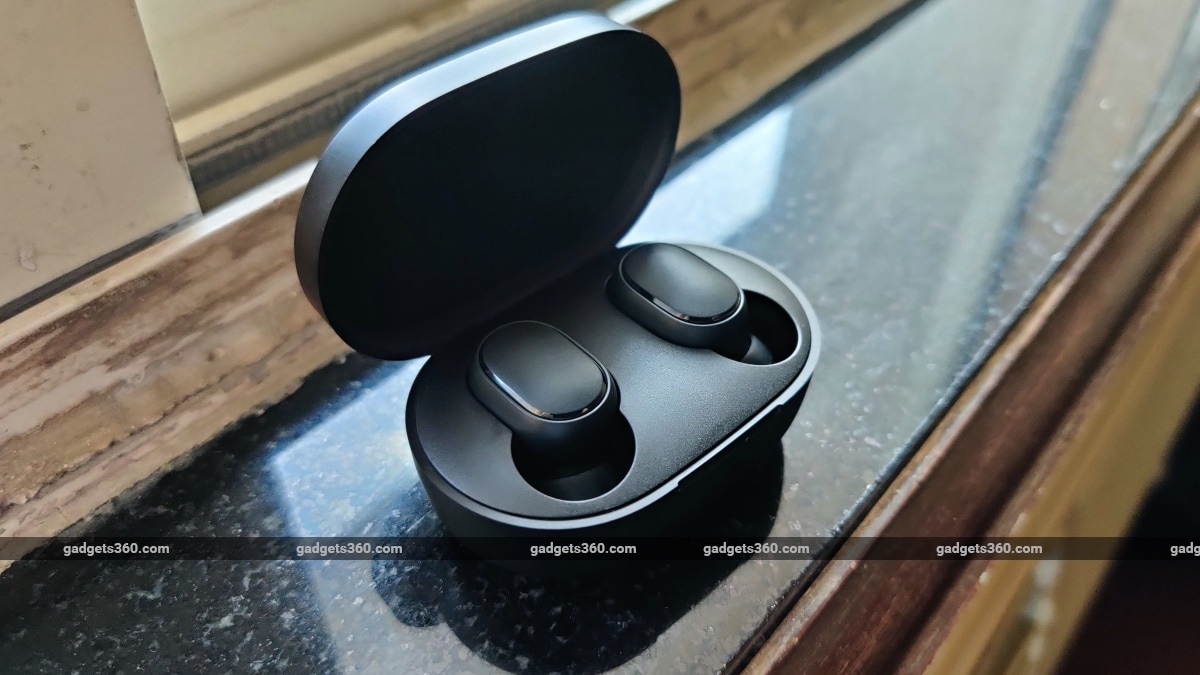