OnePlus Nord has started receiving its first software update. The new update comes just after the official launch of the new OnePlus phone that will go on sale in India starting August 4. It doesn’t bring any interface-level changes to the OnePlus Nord, though the update does include various camera optimisations to deliver better photography and video recording experiences. The OnePlus Nord update also improves system stability and optimises video calling performance. OnePlus has rolled out the update to the review units of the OnePlus Nord. However, it is likely to come preloaded on its retail version or will surface as the first software update.

The latest update brings OxygenOS 10.5.1 to the OnePlus Nord. It carries optimised video calling performance as well as improves the rear camera performance by optimising the depth sensor effect and indoor image quality. There is also optimised power efficiency for video recording at 4K 60fps. Furthermore, the update improves the overall camera experience and system stability on the OnePlus Nord.

OnePlus is rolling out the software update with version OxygenOS 10.5.1.AC01DA. Moreover, it comes in 103MB of size. 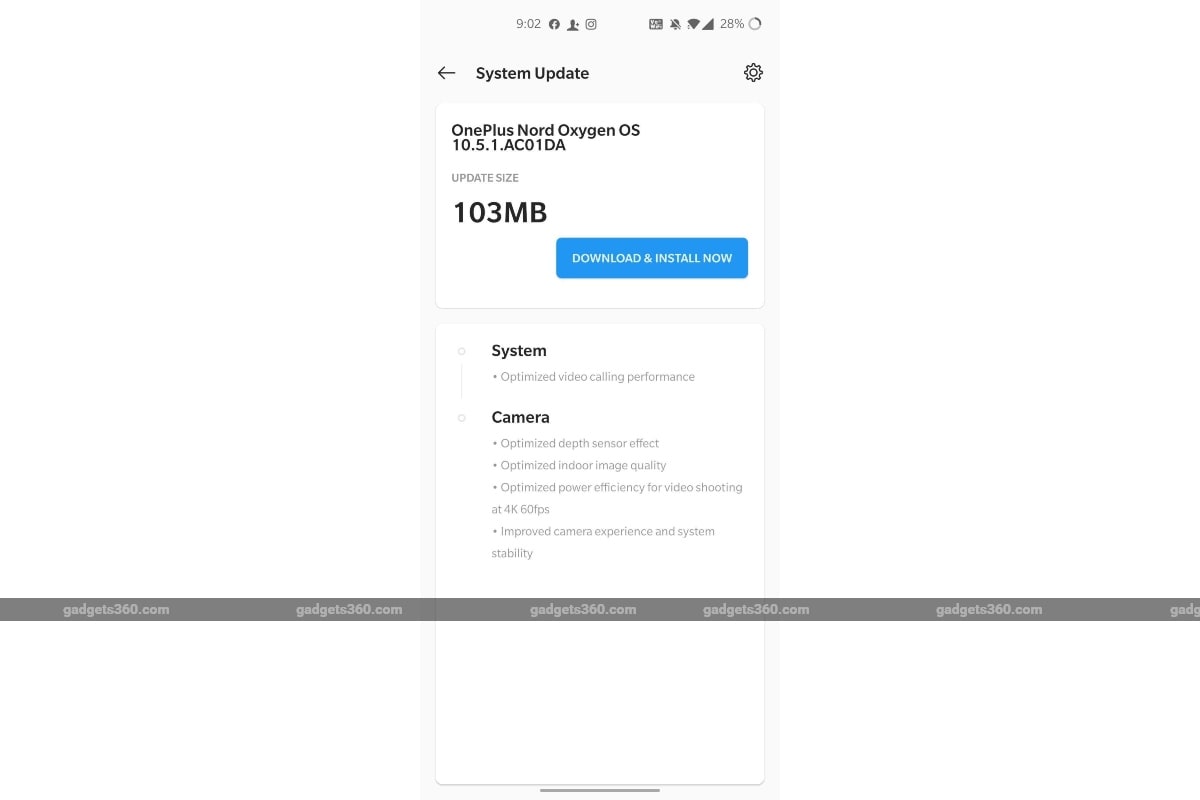 To recall, the OnePlus Nord was launched on Tuesday in three different configurations, with up to 12GB RAM and 256GB storage options. The phone carries a starting price of Rs. 24,999 in India and has Blue Marble and Gray Onyx as the colour options.

The dual-SIM (Nano) OnePlus Nord runs on Android 10 with OxygenOS 10.5 on top and has a 6.44-inch full-HD+ (1,080×2,400 pixels) Fluid AMOLED display with 90Hz refresh rate. The phone is powered by octa-core Qualcomm Snapdragon 765G SoC, coupled with up to 12GB of LPDDR4x RAM. It also has up to 256GB of UFS 2.1 storage that isn’t expandable via microSD card. In terms of optics, there is a quad rear camera setup that includes a 48-megapixel Sony IMX586 primary sensor along with an f/1.75 lens. The camera setup also has an 8-megapixel ultra-wide-angle shooter, 2-megapixel sensor with a macro lens, and a 5-megapixel depth shooter. For selfies, there is a dual selfie camera setup at the front that includes a 32-megapixel Sony IMX616 primary sensor and an 8-megapixel secondary sensor with an ultra-wide-angle lens. 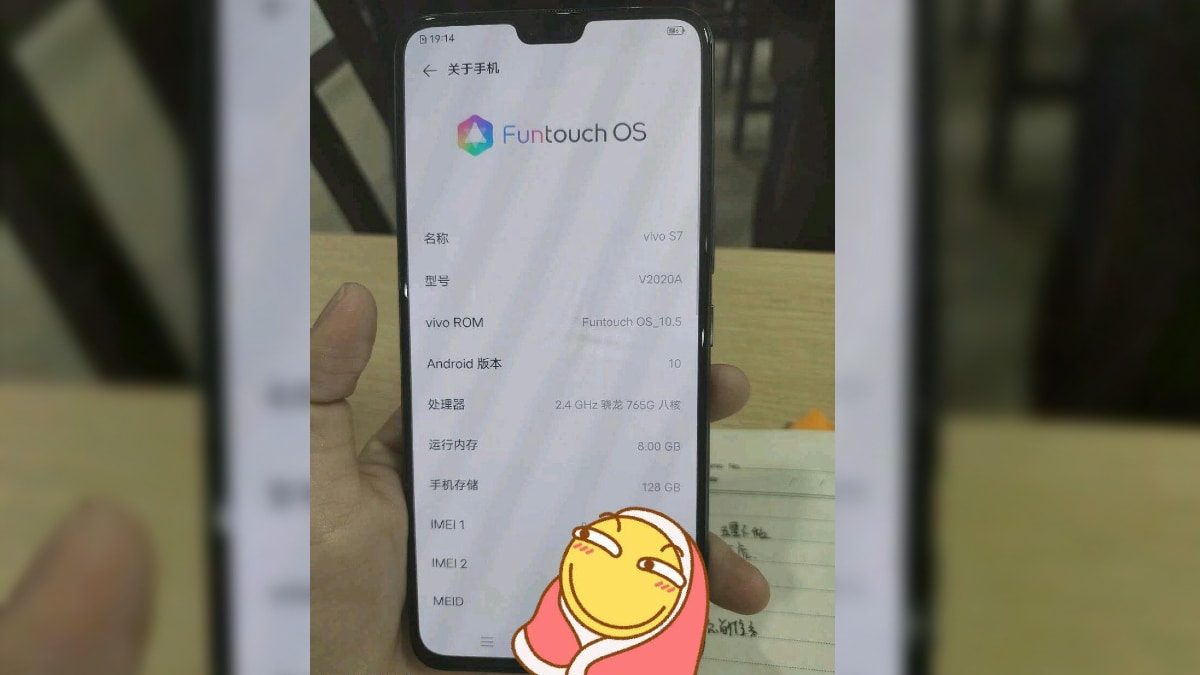 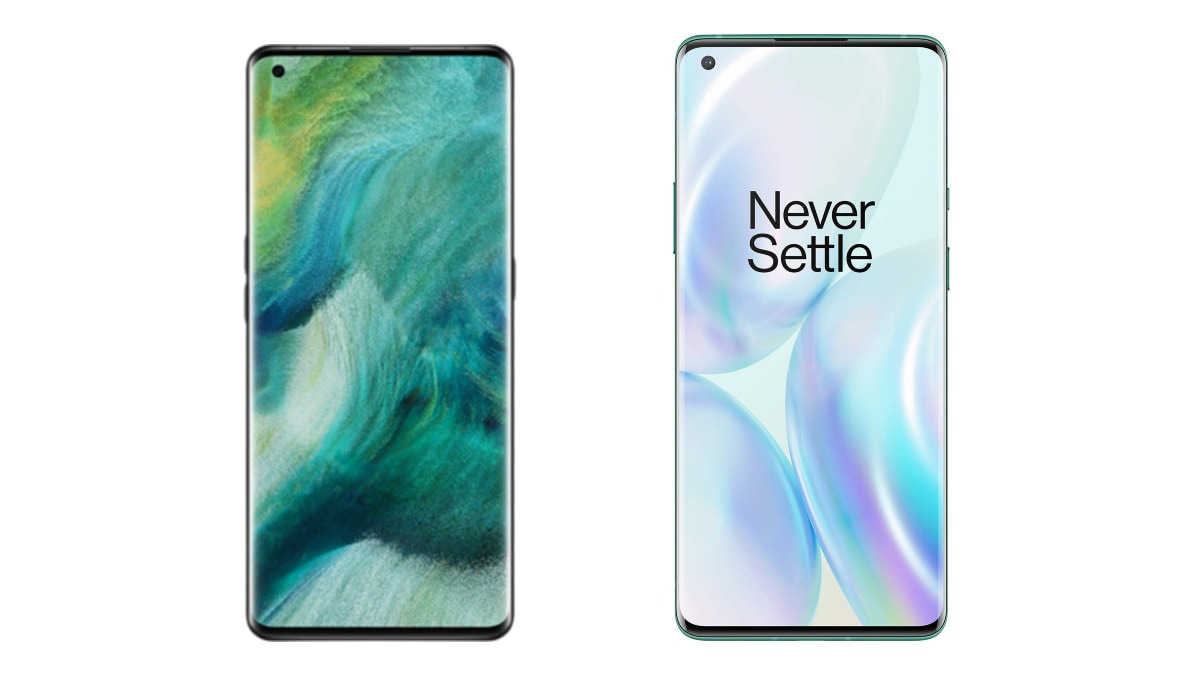 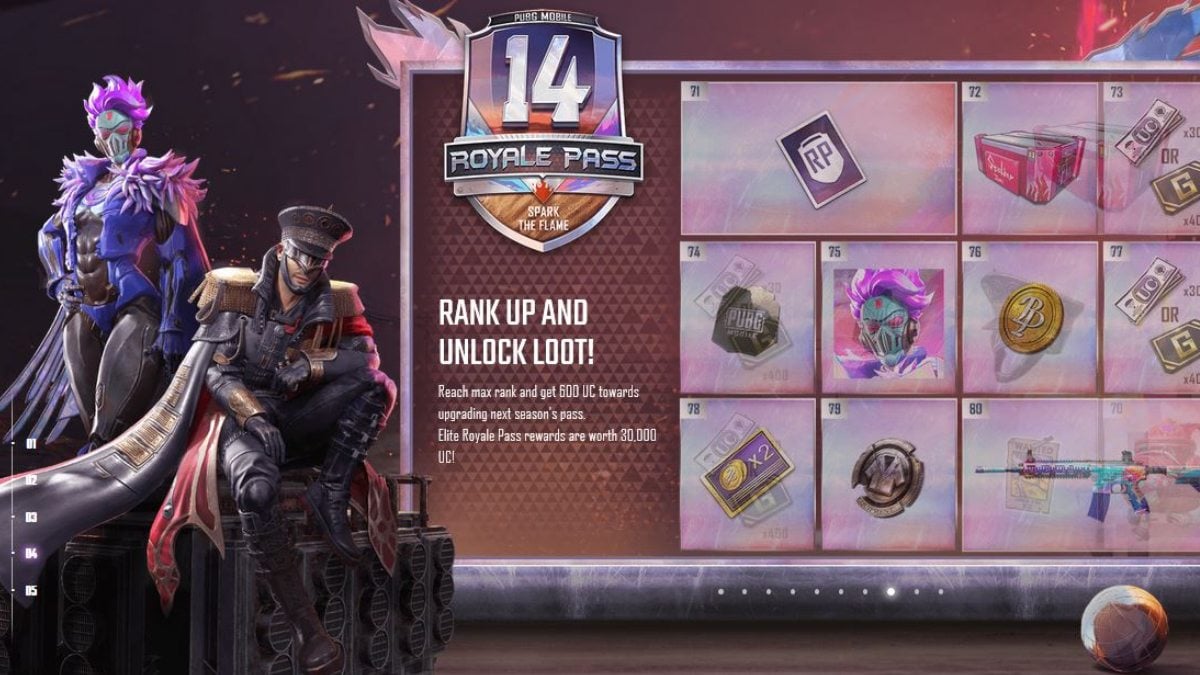 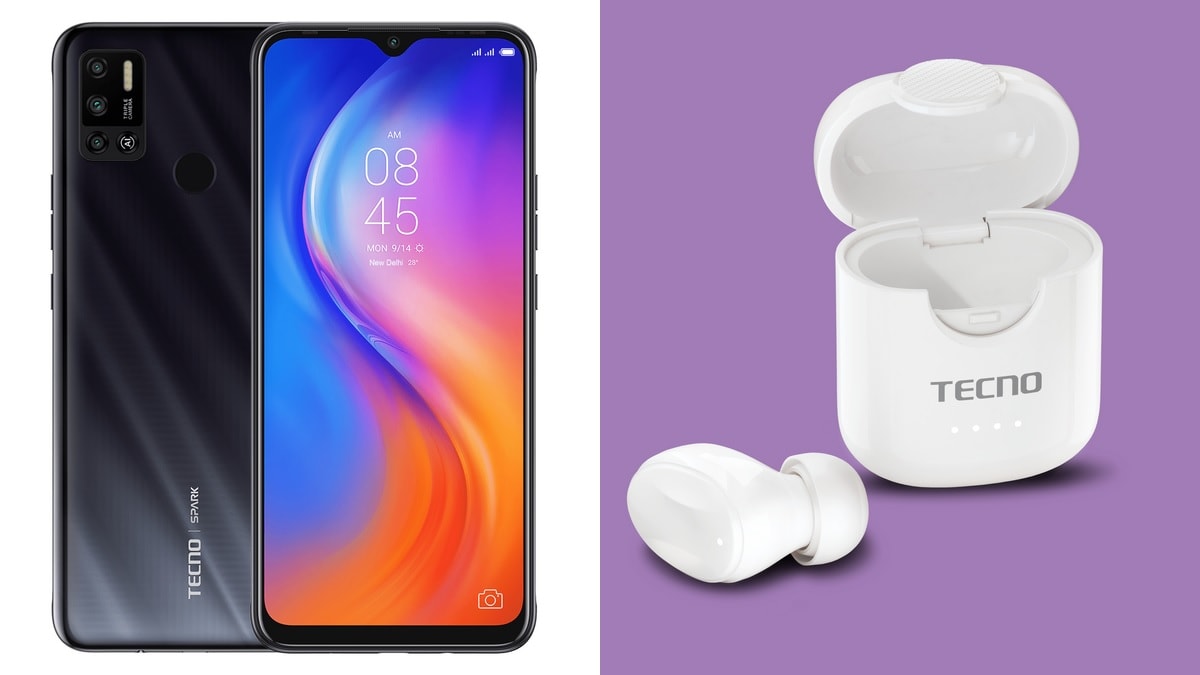